*This is a personal opinion of article author Scott A. Spackey

People of ALL ages can be taught COGNITIVE strategies to triumph beyond social deficiencies and issues.

Social Anxiety is NOT the same thing as being insecure!

I have been in private practice since 2004 and have learned a LOT about what is commonly known as social anxiety and insecurity.

We live in an overmedicating society and the moment a “helping-professional” who can write prescriptions CAN write a prescription, they DO!

Too many lackluster MDs, PhDs, MFTs and SWs are looking for easy, convenient ways to get paid and move on to the next case. Our helping professional field providers are often subsidized by the scrip companies that are in headline scandals EVERY DAY!

The most common and OVER diagnosed maladies and disorders?

Here’s some examples of over-prescribing:

In the first example, I asked the doctor if anti-depressants would make me forget I was hit in the face by a truck and my life was tragically altered, “Cuz I think being depressed is a HEALTHY reaction to my circumstances.”

In the second one, I suggested my client “reconsider” using the addictive medications and to consider allowing me to teach him how to meditate, exercise, eat healthy and have creative hobbies! Yeah, he’s fine now! Clean for 13 years and owns THREE successful computer warehouses! No Meds!

NO… you don’t give a NINE year old amphetamines unless she is seriously, clinically dysfunctional and cannot or will not participate in cognitive strategies! Being hyper, distracted and fidgety is synonymous with “nine-years-old”!

When I meet young men, boys, girls and adults looking for remedies to social anxiety and lack of confidence I begin to first understand who they are from the inside out:

The answers EIGHTY-FIVE percent of the time are NO, NO, NO and NO.

The answers are within the same circumference:

First, I remind them that social confidence is NOT the golden ticket to career, marriage or love. They’ve been convinced that social skills are as important, or more important, than performance!

“But wait a minute. You just said you don’t really enjoy social situations too much. You prefer to be at home or with your girlfriend/boyfriend/best friend rather than a big group of people.”

Yeah but maybe if I was more confident I’d enjoy it.

“Maybe your uncomfortable in large social settings because you don’t enjoy them. Maybe… you don’t have some sort of deep self-loathing or insecurity at all. Maybe… you just DON’T LIKE PEOPLE THAT MUCH!”

Within 10 minutes of actually talking to someone, I inevitably find out that they feel just fine about themselves and are not too thrilled with overt and extrovert personalities.

Crowds don’t make them nervous or feel embarrassed. They feel that most people are generally rather shallow and uninteresting and when people are in groups they behave very conventionally which doesn’t hold their interest. What makes them uncomfortable is NOT social anxiety or insecurity but that they just don’t ENJOY the superficial dynamics of social gatherings.

They find them boring and unsettling.

Introverts have been brainwashed and convinced that if they don’t prefer or like socializing or look forward to it, there is something wrong with them. That they have a disorder.
The word disorder has become a euphemism for “not-the-way-society-wants-you-to-be”.

I suggest to them: “Maybe we don’t need to focus on rearranging how you feel about YOURSELF so much as help you to adapt, adjust and tolerate groups of people you don’t find very interesting!”

Maybe they don’t have social anxiety and insecurities. Maybe they just need to improve self-esteem and confidence!

And with that, the lights go on and they begin to laugh and feel relieved at the notion that maybe, just maybe, there is nothing WRONG with them! Maybe… just maybe… they not only think quite highly of themselves but so highly that they are quietly and privately judging and rejecting the predictable social environments and the people who enjoy them.

See the irony? They are silently judging a world they suspect is loudly judging them!

I can’t begin to tell you how many individuals of all ages, from 7-55, male and female, have been miscast into this role of being an insecure, misfit because they don’t wanna do the social-dance-grandstanding we have all been programmed by TV and Hollywood to associate with success and “confidence”.

So, I begin to teach them the differences between introverts and extroverts. I teach them that neither is better nor worse than the other, but that we are far more at ease and satisfied when we stay in our lane, i.e. our comfort zones.

It is such a great moment when I see smart, capable introverts get their eyes opened to this dirty little secret that what they suspected all along was RIGHT: That there’s nothing wrong with them.

That the world at large wants them to be a certain way that they don’t want to be. The same world at large that preaches about being accepting of everyone yet marginalizes cerebrally and emotionally driven people if they don’t conform to some ideal. An ideal that truly LESS THAN HALF of the human population actually is!

They have been persuaded to believe that if they cannot become extroverted personalities that their success in career, social and romantic lives will be limited, compromised and miserable!

Fifty percent of the human race is introverted, fifty is extroverted! The only reason it seems like there’s more Extro’s than Intro’s is because they’re easier to find and see!

But if you put a high-extrovert in an introverted environment you’ll see THEM get awkward, uncomfortable and want to escape too!

The bottom line is: ANYONE FORCED OUT OF THEIR COMFORT ZONE FEELS INSECURE.

That’s not a disorder.

Since all media is extrovert driven (as it should be!) our global cultures have stigmatized introverts as insecure—nerds, anti-social, depressed… and a host of other four-letter-word-diagnosis!

So, what’s the answer?

Well, I’m not just here to curse the darkness or describe it (hey: it’s dark here!) but to light a candle.

Once this enlightenment begins with an awareness and acceptance, half the work is done because once begun—half done!

There’s still plenty of work though—to prepare them to have the versatility and adaptability to flow through ANY and ALL social circumstances. But with this newfound sense of self—that was actually always there, it becomes fun and even funny to coach them on how to present as an extrovert when its needed while still keeping their preferred introversion sacred.

I don’t try to CHANGE them!
I show them how to be confident with who they TRULY are!

And THAT is what confidence actually is: To have acceptance of your true nature and appreciate its virtues.

What an introverted person requires is NOT to become so comfortable with themselves they will gladly wear loud clothing and mismatched socks, oblivious to standing out.
What they require is the ability to present, at will, as an introvert OR an extrovert.

To be able to be extroverted in extroverted situations, like public speaking, job interviews, asking for help or instructions. And to also be comfortable being quiet, spending time alone and indifferent to social validations.

To be able to switch from introvert to extrovert as needed, smoothly and comfortably.

I teach the exact same thing, in the opposite direction to extroverts!

Many extroverts are brought to me to learn the art of “less-is-more”.

Many extroverts need healthy doses of humility and self-consciousness to become less abrasive. The irony here is that their polar opposite to the introvert personality causes them the same problems:

BOTH personalities, the Intro’s AND the Extro’s, learn from the same toolbox: To learn how to recognize the atmosphere of a situation and quickly and naturally transition from Intro to Extro or Extro to Intro as needed.
BOTH personalities are surprised to learn (but easily accept) that absolutely EVERYONE they encounter and interact with are self-absorbed and could barely care less about the way others look, behave or even smell like.

“Let’s say you’re walking down the street and you see a stranger walking the opposite way, coming towards you. Your inner dialogue is about the concern of looking foolish: whether our hair, skin, clothes, shoes etc. are acceptable and that we don’t seem or appear silly.”

We’re all familiar with similar scenarios, so it’s easy to imagine. Then I ask them if I were to stop them just thirty-five seconds later and ask them what the person they walked by was wearing, they’d say, “Jeez. I dunno! I wasn’t thinking to look. I didn’t notice!”

No. You were so concerned and distracted by what THEY might be thinking of YOU that you didn’t even notice them. And GUESS WHAT!

THEY are so self-absorbed about themselves that they couldn’t pick you out of a line-up less than a minute later either!

We’re ALL so self-absorbed in this Youtube generation that we remain oblivious to others and are convinced everyone is noticing us!

So, here’s the secret:

The people who are TRULY confident are totally unconcerned about your appearance or personality and the high Intro’s and Extro’s are too fixated on their own imagined deficiencies that they are totally OBLIVIOUS to you too!

The world you think is judging you isn’t even NOTICING you!

Because they’re too busy fixating on their own defects!

High extroverts are insecure. High introverts are frustrated. This is called a paradoxical effect. When the opposite of a truth becomes its truth.

High extroverts behave extrovertedly to over-compensate for their fear of not being accepted. They want attention!

High extro’s are trying too hard and SO ARE high intro’s!

Extro’s are doing that over-compensation thing to get attention.

Intro’s are UNDER-compensating to deal with fear of not being accepted.

They’re both subconsciously doing the same thing: trying to get attention!

Ironic: They’re BOTH trying really hard to fit in and yet both stand out like sore-thumbs that are impossible to ignore.

The extro’s have their bright clothing, shiny bling and body language to get attention and the Intro’s have their sit by themselves, dress dark and mumble or whisper their words forcing you to say, “WHAT!? I CAN’T HEAR YOU!”

Both are desperately seeking attention in their own way.

You wanna identify the truly confident person in any room?
It is the person who is dressed smart, has a slight bit of personal flair and style and isn’t broadcasting you to either come close OR to stay away!

These two personalities get a lot of laughs as we dissect the true motives behind people’s actions and they find an acceptance not only of themselves they never had before, but an acceptance (and empathy!) of others too. People who they thought were SOOOO different than them!

The reality is we are ALL insecure by varying degrees in varying situations.

Let’s not call it out!  Let’s be truly accepting of each other and instead of asking someone if, “everything’s alright?” when we sense someone is feeling awkward let’s not bring ANY attention to it and instead just say “HELLO.” 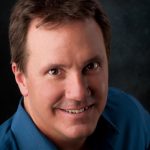 6X award winning, international author, private counselor, behavioral specialist and founder of Life-Mind — Strategies and Training for Self-improvement. His online behavioral course-solutions save and help individuals and families throughout the U.S and five countries in the EU.