What Happens When You Are Feeling Nostalgic And Is It Good For You? 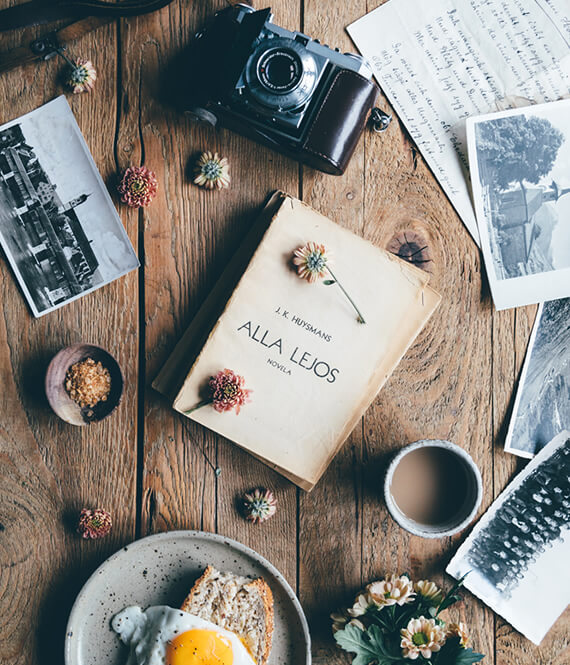 When you are feeling nostalgic, you are triggered by the past. The smell, taste, sound, and touch of a certain scene can trigger specific memories and feelings. Ultimately, nostalgia is a good thing. Nostalgia is a feeling that is both bittersweet and pleasant. You are more likely to be feeling nostalgic if you often reminisce about the past.

Of course, feeling nostalgic can trigger unpleasant emotions as well. For example, you may experience regret or even anger when you are feeling nostalgic or long for the past. People who experience nostalgia may also have difficulty relating to others and feel unmotivated to move on. In this article, we’re taking a look at the mechanism of feeling nostalgic and how it affects our mood.

What Is Happening When You Are Feeling Nostalgic?

When you are feeling nostalgic, reward centers in the brain are activated. These areas are mainly the hippocampus, substantia nigra, ventral tegmental area, and striatum. This activation of the reward centers explains why some people experience pleasant emotions when exposed to certain stimuli. Take an example of listening to an old song. Even though the song may not have been your favorite at the time, it was widely used in popular culture and played in your life at a certain time – that’s enough to trigger nostalgic feelings.

The Role Of Reminiscence In Nostalgia

Reminiscence is the process of remembering past events or experiences. It is also the act of telling and sharing personal stories so that others can live through your memories. It is an important part of human interaction, and it can help people understand one another better. Simply speaking, digging into your past to feel nostalgic and share positive emotions associated with that – is good for you.

Fun fact: visual aids are especially useful in stimulating feelings of nostalgia in older people. Residents with dementia or other conditions may benefit from reminiscence sessions. These sessions have become more popular over the past 20 years, and they have many benefits. Not only do they encourage reminiscence, but they give residents a chance to talk to family and friends. Reminiscence is also a great way to foster connections and strengthen bonds. It provides a therapeutic atmosphere for reflection and sharing stories.

Is It Okay To Be Feeling Nostalgic?

Nostalgia is a common and universal human emotion that can transform one’s mood and transport one back in time. It may be a novel concept for some people, but it is not entirely new.

Nostalgia used to be considered a negative thing before. In the 17th century, Swiss physician Johann Hofer viewed it as a psychological disorder. However, through the nineteenth and 20th centuries, the term became associated with mental illness and was considered a form of psychosis.

In recent years, however, scientists have discovered that the feeling of nostalgia has both positive and negative effects, and can help us to cope with stressful times in our lives.

Nostalgia triggers include familiar scents, music, photographs, and even just a word. Several studies have identified certain emotions as triggers of nostalgia, such as loneliness and feeling out of place. Other common triggers of nostalgia are memories of long-ago times and meeting up with friends.

Most people associate feelings of nostalgia with family, vacations, weddings, births, and other rites of passage. However, many minor social encounters can trigger feelings of nostalgia. For example, parents who are visited by their kids may suddenly miss reading to their children in the past.

The Importance Of Smell

Smells seem to be playing an especially important role in the mechanism of feeling nostalgic.

The smell of the past can trigger memories of happier times. If you’ve ever walked into your mom’s kitchen and smelled her cookies, it may trigger memories of your mom. Unsurprisingly, the most common scent that triggers memories of childhood is baking. On the other hand, people who grew up in rural areas tend to associate smells with nature. Perhaps increased urbanization has led to this increased nostalgia for nature.

Regardless of the reason, the olfactory system is closely associated with the limbic system. The amygdala and hippocampus are linked to memories and mood. This is why smelling a familiar smell may evoke memories of your grandmother’s home.

In the past, researchers have shown that feelings of nostalgia are associated with increased social intentions. The same phenomenon is true for loneliness. When people experience feelings of loneliness, their intention to engage in social activities increases too.

Knowing that nostalgia can serve as an effective coping mechanism. It is a way for people to deal with the difficulties of their lives and increase their sense of meaning and social connection. Some researchers have suggested that nostalgia could also be used as a psychotherapeutic technique.

Nostalgia is a powerful positive emotion, but it can be harmful if it’s overused or overextended.

Researchers at Southampton University found that adolescents who had a higher tendency to be feeling nostalgic had lower cortisol levels. They also had a lower risk of developing depression. A Southampton scale was used to measure the amount of nostalgia a person experiences, and it showed that people who felt nostalgic were less likely to be depressed and lonely. There are other positive effects of feeling nostalgic, including a sense of personal meaning, and positive emotions. It can also enhance our social life, improve our health, and improve our mood.

However, in addition to the positive effects of feeling nostalgic, researchers have found that there are negative ones as well. Negative events and experiences are associated with negative feelings, and nostalgia can lead to loneliness and social isolation. This is a common result of longing for the past. It is important to understand that, while nostalgia is a wonderful emotion, it can also fuel a feeling of dissatisfaction with the present situation.

However, if we learn to differentiate between the two types of nostalgic experiences, we can make better decisions on how to react to feeling nostalgic in the future.

While the effects of nostalgia are generally positive, they can also cause significant emotional distress. While the uplifting nature of nostalgia can have a positive impact on your mood, random and everyday nostalgia can be harmful, leading to depression and anxiety.

When you are feeling nostalgic persistently throughout your life, it may be a sign of deeper emotional or psychological issues. Remember that you cannot change the past – and that there’s no need to indulge in it to make yourself feel sad. However, if feeling nostalgic is associated with good emotions for you, by all means, enjoy that and share your nostalgic feelings with others.

Scroll down for more tips below.