The Prevalence of ADHD Among Children: Symptoms and Causes

Updated on September 30, 2022 by Team ShineSheets 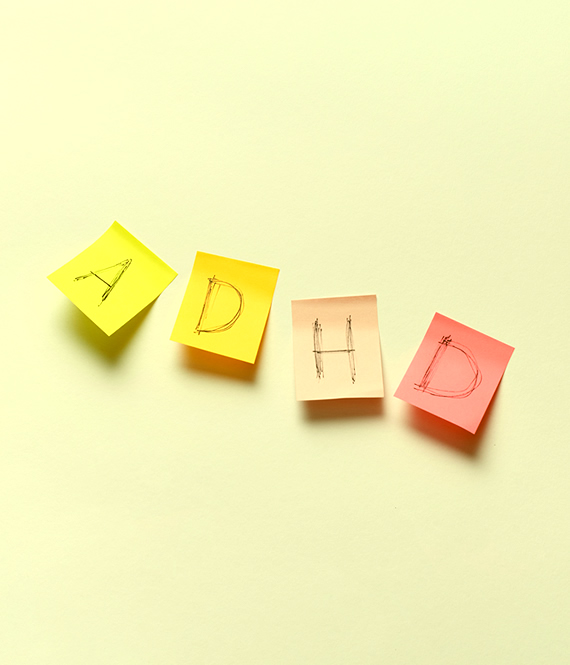 In This Article show
What is ADHD?
Prevalence of ADHD Among Children
ADHD Symptoms In Children
ADHD Treatment Options
Causes of ADHD

Is your child having trouble staying focused? Or are they constantly on the move and unable to stay in one place? Children with attention deficit hyperactivity disorder (ADHD) often fidget and find it easy to lose focus, but it can be challenging to distinguish them from a child who’s simply exhibiting normal “kid behavior.”

If there are only a few symptoms or signs only shown in certain circumstances, it’s unlikely that your child has ADHD. In contrast, it’s time to look further if your child exhibits various ADHD symptoms and signs in all settings, be it at home, school, or during playtime.

No matter if the child’s symptoms of hyperactivity, impulsivity, and inattention are the result of ADHD, they can create many complications if left untreated. However, there’s no need for you to worry, for, in this article, you’ll know the causes and symptoms of this neurodevelopmental disorder and its prevalence among children.

ADHD is a neurological condition that impairs a person’s ability to focus attention, sit still, and exercise behavioral control. It affects children and adolescents and can persist until adulthood. However, it’s typically diagnosed in early childhood and happens more often in boys than in girls (12.9% compared to 5.6%).

It does not imply that boys are more prone to developing ADHD, but boys are more likely to show signs of hyperactivity and other outbursts, whereas girls are typically inactive.

Moreover, children with ADHD may also experience low self-esteem and relational difficulties and do poorly in school. It’s difficult for them to suppress spontaneous behaviors, including movement, voice, and concentration.

Prevalence of ADHD Among Children

According to a study from the Centers for Disease Control and Prevention (CDC), the number of children diagnosed with ADHD is around 6.1 million, equivalent to approximately 9.4 percent. This common disorder is one of the most prevalent neurodevelopmental diseases in children, and it’s characterized by a pattern of lack of attention or being overactive and impulsive.

Systematic reviews show that the community prevalence ranges from 2% to 7% worldwide, with an average of about 5%. At least 5% of children have severe problems with being too active, not paying attention, or acting on impulses but fall just short of complete ADHD diagnosis criteria.

Estimates of administrative prevalence, which refers to the number of clinically diagnosed or registered cases, vary globally and have been steadily rising over time. Nevertheless, ADHD is still generally under-recognized and under-diagnosed in most countries, particularly in females and older children.

Numerous children may struggle with staying still, waiting their time, paying attention, fidgeting, and acting rashly. However, children who fulfill the diagnostic criteria for ADHD vary in terms of inattention, hyperactivity, impulsivity, and organization, as they are significantly more severe than would have been expected for their age or stage of development.

These symptoms create severe discomfort and issues at home, at school, or in the workplace, as well as in interpersonal relationships. The observed symptoms do not result from a person’s defiance or inability to comprehend activities or directions.

Moreover, there are three subtypes of ADHD:

Inattentive refers to difficulties with task retention, concentration, and organization. For a diagnosis of this subtype of ADHD, these are some of the following symptoms that frequently occur:

Hyperactivity is characterized by excessive movements, such as having abundant energy, fidgeting, restlessness, and talking excessively. Impulsivity is making decisions or taking actions without considering their repercussions.

Here are some of the following symptoms that frequently occur:

ADHD is characterized when both the inattentive and hyperactive/impulsive diagnostic criteria are met. Moreover, It is crucial to remember that several illnesses, including learning difficulties, anxiety, mood disorders, substance abuse, head injuries, thyroid abnormalities, and certain medications such as steroids, can mimic ADHD. Thus, a comprehensive psychiatric evaluation is crucial.

ADHD is often treated with a mix of psychotherapy and medication. The suggested first-line approach for preschool-aged and younger children involves behavioral techniques in parental management training and classroom intervention.

Moreover, knowing how stimulant and non-stimulant medications function and the possible adverse effects is essential if you’re deciding whether to give your child ADHD medicine. Stimulant medications include methylphenidate, amphetamine and aderall. But there’s also a continuous debate: is aderall addictive for adhd?

In addition, experts concur that parents may consider ADHD medications like Vyvanse whenever their child’s symptoms impede their emotional, social, or academic life. Therefore, if you’re considering this drug, consult your physician first and to address vyvanse questions, such as its risks and needed dosage for a particular age.

There are a number of different theories about what causes ADHD, but the most commonly accepted view is that it is caused by a combination of genetic and environmental factors.

It is thought that ADHD runs in families and that it is caused by a combination of genetic and environmental factors. Studies have shown that children with ADHD are more likely to have a close relative with the condition than those without ADHD.

Environmental factors that have been linked to the development of ADHD include exposure to lead or other toxins during pregnancy, low birth weight, and trauma or abuse during childhood. Some research has also suggested that certain types of diet may play a role in the development of ADHD, but this is still a controversial area.

While the exact cause of ADHD is still not fully understood, there is a growing body of evidence that suggests it is a neurological condition that is caused by abnormalities in the brain. Brain imaging studies have shown that people with ADHD tend to have a smaller than average prefrontal cortex, which is the part of the brain responsible for executive functioning.

ADHD is a complex condition, and it is thought that there are a number of different factors that can contribute to its development. If you are concerned that your child may have ADHD, it is important to speak to a healthcare professional for further advice.

This article might help you. But if your child’s symptoms persist, you must consult your family doctor or pediatrician. Your doctor might refer you to a specialist like a psychologist, developmental-behavioral pediatrician, pediatric neurologist, or psychiatrist. Still, getting a medical assessment first is crucial to see if your child’s problems could be caused by something else.